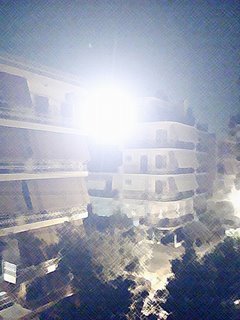 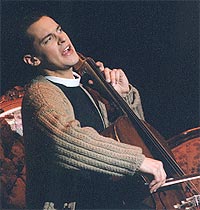 Later...
When is later?
All you ever hear is "Later, Henrik, Henrik, later."
"Yes, we know, Henrik,
Oh, Henrik,
Everyone agrees, Henrik,
Please, Henrik!"
You have a thought you're fairly bursting with,
A personal discovery or problem, and it's:
"What's your rush, Henrik? Shush, Henrik!
Goodness, how you gush, Henrik! Hush, Henrik!"
You murmur: "I only-- It's just that--"
"For God's sake, later, Henrik!"
"Henrik... Who is Henrik?
Oh, that lawyer's son, the one who mumbles.
Short and boring, Yes, he's hardly worth ignoring,
And who cares if he's all dammed--"
I beg your pardon--
"Up inside?" As I've often stated, It's intolerable being tolerated.
"Reassure Henrik, Poor Henrik. Henrik, you'll endure Being pure, Henrik."
Though I've been born, I've never been!
How can I wait around for later?
I'll be ninety on my deathbead And the late, or, rather, later, Henrik Egerman.
Doesn't anything begin...
Stephen Sondheim "A Little Night Music" after Ingmar Bergman's "Sommarnattens leende"
Αναρτήθηκε από Jirashimosu στις Saturday, June 10, 2006 No comments: 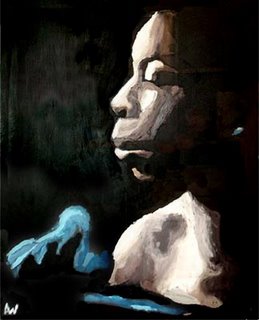 Jirashimosu
[somebody force me to care]